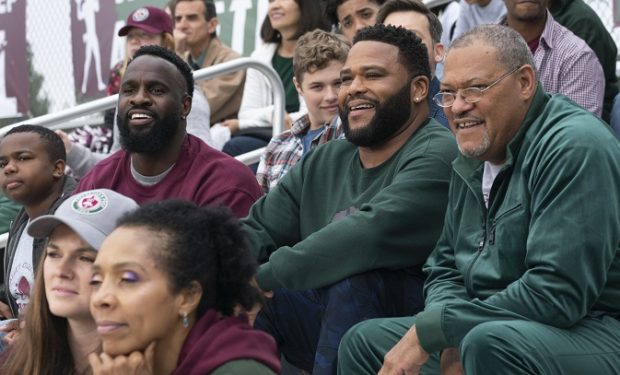 On the black-ish episode “FriDre Night Lights,” young Jack Johnson (Miles brown) makes the school football team. His father Dre (Anthony Anderson) couldn’t be prouder but his mom Bow (Tracee Ellis Ross) is against the idea. When they go to Miles’s first game, while Bow tries to be supportive and cheer Miles on, Dre bonds with fellow football spectator Ben. Ben is portrayed by actor/model/singer/author Terrence Terrell. 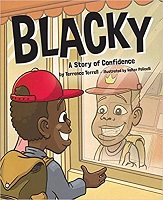 [Terrell is the author of Blacky: A Story of Confidence]

As an actor, Terrence Terrell is known for his roles on Shameless (Antonio), Modern Family (Tinkerbell), Giants (Kwasi Asamoah, for which he was nominated for a 2019 Daytime Emmy Award), and the 2018 TV mini-series Unsolved: The Murders of Tupac and the Notorious B.I.G. (one of Suge Knight’s close associates Roger “Neckbone” Williams), among others.

Terrell is also the author of the children’s book about self-esteem, Blacky, A Story of Confidence (see link above) and his second book The Crowned Kids will be published in June. He’s also a singer. Check out his recently released single Crown Town. black-ish airs Tuesdays at 9 pm on ABC, right after American Housewife and right before Bless This Mess starring Blaxploitation star Pam Grier as the sheriff of a little farm town in Nebraska.

2 years ago I wrote and published my first book. Now I’m on book #3 ! If you can Dream it you can DO IT!! #kids #dream #melanin #dreambig