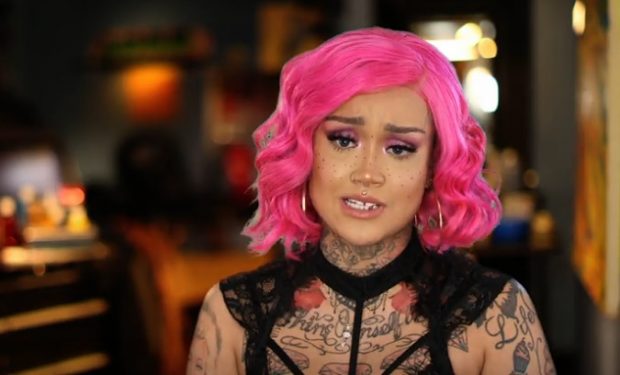 In the Black Ink Crew episode ‘Always Bet on Black Ink,’ while the crew risks it all at the casino to help Walt, and Sky’s son Des meets his biological father for the first time, Donna visits Ceaser’s biggest enemy Puma at his tattoo shop Art2Ink.

Donna says what Ceaser said to her boyfriend Alex was “beyond f—ked up” and “put so much stress on me since Alex isn’t working and the bills are piling up.” She says she and Alex have decided they “want to take down Ceaser in every way possible.”

That’s why she’s talking to Puma. When Donna tells Puma about Bae’s wedding when Ceaser jumped on Alex “for no reason,” Puma is wary. When Donna suggests that he hire her back at his tattoo shop at Art2Ink. Puma doesn’t mince words, he reminds her that she “brought bulls—t to his shop before.” The fight she got into with a deaf girl “still traumatizes me,” says Puma. She promises no drama but Puma doesn’t like the drama but he likes the idea of “taking money away from Ceaser” more, so he hires her again. Black Ink Crew airs Wednesdays at 9pm on VH1.