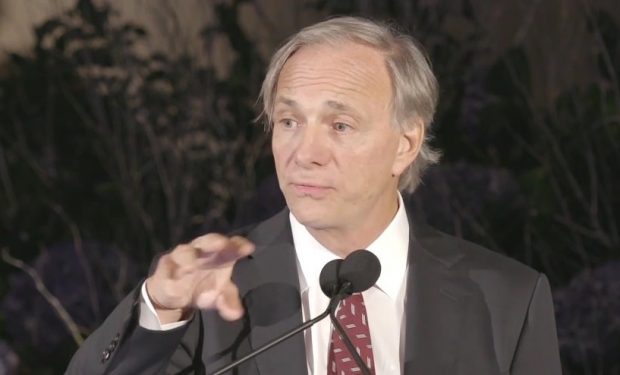 “The American dream is lost,” billionaire hedge fund CEO Ray Dalio says. “We don’t even talk about what is the American dream. And it’s very different from when I was growing up.” Dalio grew up in a bygone America where opportunity was more available and where a good public school system created a pipeline to the American Dream.

Dalio says we no longer talk about what the American Dream is, but what he clearly means by the phrase is “upward mobility” — the opportunity to rise in knowledge and wealth beyond where you started. Dalio, who is worth an estimated $17 billion, has done just that as the son of a jazz musician and homemaker in Long Island.

Dalio thinks income inequality is the biggest threat to capitalism and the country. He thinks the rich should not receive tax cuts, but rather that those taxes should go to causes that help build people’s future opportunities and preparedness. Especially education. Dalio cites the stunning Federal Reserve stat that “40% of all Americans would struggle to raise $400 in the event of an emergency.” There has to be a more equitable distribution, Dalio says, or the system will fail. Dalio, CEO of Bridgewater, will be interviewed on 60 Minutes on Sunday.