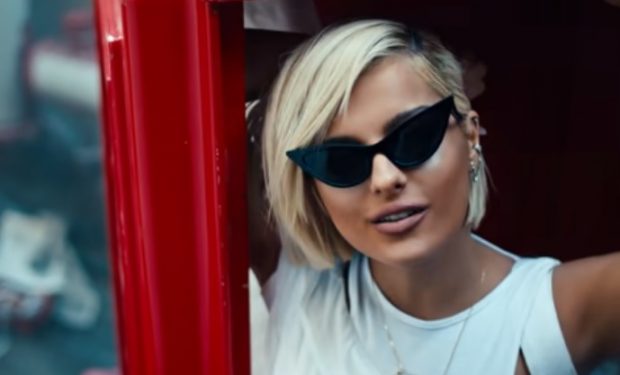 It’s down to the Top 24 artists on Season 16 of The Voice. On Tuesday, April 30, America will vote eight artists through and each coach will have one save. The Voice’s “Fifth Coach,” Bebe Rexha, will appear on the show to support the final two Comeback Artists as they perform for a chance to re-enter the competition as part of the Top 13 through the Instant Save voting method.

The sexy 29-year-old Grammy Award-winning songwriter rocks a black crystal embellished blazer and matching trousers resembling ensembles by celebrity designer Christian Siriano. Reality TV star Kourtney Kardashian famously wore a similar Siriano suit (without a shirt or bra under the blazer) at the 2018 CFDA Awards in June. (see below) Project Runway winner Siriano also made a handful of dress versions of the suit (see link below). The Voice airs Mondays at 8 pm and Tuesdays at 9 pm on NBC.