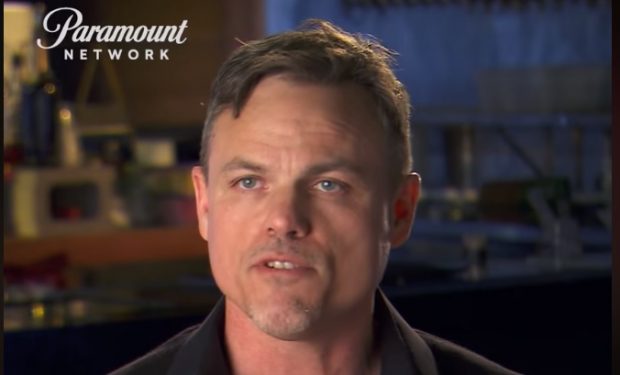 In the Bar Rescue episode “Un-Civil War,” Jon Taffer visits Eliphino Dive and Dine in Las Vegas, Nevada. “This owner had major issues,” says Taffer. There are 27 taps behind the bar but only 3 are in use. The owner, John W. McDonnell, who thinks Eliphino is a good name for a bar, is described by his employees as “definitely stubborn.” Eliphino, btw, is described in the urban dictionary as “the punchline to a lame joke that made people actually laugh back in the day.”

Taffer says if the owner doesn’t change, “his bar is gonna close.” Or as Taffer yells at him, “Your retirement goes out the window and everything that’s important to you, you lose.” After that tirade, the owner says, “I’m ready to change.” Taffer helps him renovate, rename and reopen Eliphino as The Shattered Bar. The Shattered Bar closed in 2018, before the airing of this Bar Rescue episode (April 28, 2019). McDonnell was not pleased when he saw the sneak peek video and how he was portrayed.

Two days before the Bar Rescue airs, McDonnell took to social media to share his experience with Juggalos, fans of the “horrorcore” musical act Insane Clown Posse, a rap group that calls itself “the most hated band in the world.” Their independent record label is called Psychopath Records. Insane Clown Posse sued the FBI, whose National Gang Intelligence Center listed Juggalos as “a loosely organized hybrid gang” in a 2011 report.

When a regular at The Shattered Bar suggested to McDonnell that they have an ICP party at the bar, McDonnell went online to invite Juggalos via Facebook groups, and he said he was surprised. “Certainly not the gore and hellscapes I expected,” McDonnell wrote. “We gained many regulars from that party.” And added, “ICP may not be your type of music, certainly is not mine, but that doesn’t make it right to pre-judge and hassle people.” See full post below.

Video clip of the “Un-Civil War” episode on Bar Rescue…