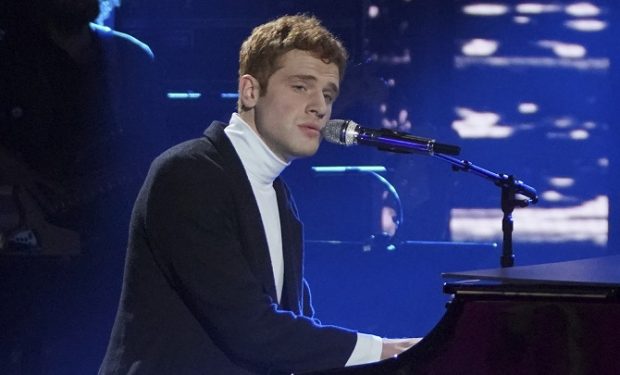 On Monday, April 1, the Top 20 contestants of American Idol are back in Los Angeles getting ready to perform their solo performances. At the legendary venue The Wiltern, they will sing their hearts out in front of judges Katy Perry, Lionel Richie and Luke Bryan.

Jeremiah Lloyd Harmon, the young man originally from Alexandria, Louisiana, reaches for the stars when he performs the Bob Dylan song “(To) Make You Feel My Love.” The song is from Dylan’s 1997 album Time Out of Mind and was nominated for a Grammy Award for Best Country Song. (Billy Joel included it in his compilation album Greatest Hits Volume III in 1997). Over the years, a number of super stars including Garth Brooks and Adele (see video below), have released covers of “(To) Make You Feel My Love”, too.

For his solo performance on American Idol, Jeremiah wears a white turtleneck under a sports jacket as he plays the piano and sings the poetic song. American Idol airs Sundays and Mondays at 8 pm on ABC.

The Top 20 contestants on American Idol are: