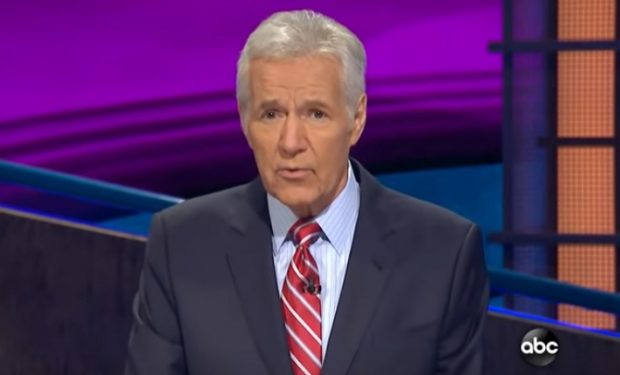 Alex Trebek, venerable host of the popular game show Jeopardy!, is a genial presence on the highly competitive set. And give the man credit: it’s tough to come off as a nice guy when your job involves constantly correcting people, sometimes in a French accent. But there is something that makes Trebek a little mad, however well he tries to deal with it. Trebek has gone on record saying he dislikes when Jeopardy! contestants use what’s known as the Forrest bounce or Forrest method.

The Forest method of playing Jeopardy! — named after former contestant Chuck Forrest — involves leaping around the board trying to uncover the Daily Doubles or simply starting from the bottom. It disrupts the intended flow of the Jeopardy! like Silicon Valley companies disrupt legacy businesses. (Other successful users of the Forrest bounce have been dynamic players like Arthur Chu and Austin Rogers.)

What’s wrong with that according to Alex Trebek? It’s ruins the orderly progression that many Jeopardy! fans appreciate.  Jeopardy! — as conceived by its creators — is designed to proceed from top to bottom in categories, with the questions (or answers) getting progressively harder as the price goes up. This allows the categories to unfold in a way that teaches players about the categories as they go. And it’s far more fun for the amateurs playing at home, who benefit most from an orderly reveal of the clues.

But the latest the latest Jeopardy! sensation, James Holzhauer, is tearing apart the fabric of the game Trebek works so hard to protect. Holzhauer, a Las Vegas resident and professional gambler who wagers with unprecedented aggression, hunts Daily Doubles on the board using the Forrest method on steroids — upending any logical progression built by the Jeopardy! writers. Using the method that Trebek dislikes, Holzhauer has obliterated Jeopardy! records, winning as much as $131K in a single game. (The previous record was $77K.)

Trebek has said about the Forrest method:

“What bothers me is when contestants jump all over the board even after the Daily Doubles have been dealt with. Why are they doing that? They’re doing themselves a disservice. When the show’s writers construct categories they do it so that there’s a flow in terms of difficulty, and if you jump to the bottom of the category you may get a clue that would be easier to understand if you’d begun at the top of the category and saw how the clues worked. I like there to be order on the show, but as the impartial host I accept disorder.”

Why are they doing that? Trebek knows those jumpers are jumping to deny their opponents an opportunity to find a groove. It’s a disruptive technique. The problem is it disrupts the flow for fans at home too, and Trebek knows the fans are the lifeblood of the game. Holzhauer hasn’t achieved $1 million in total earnings yet, but it’s a good bet he will. And besides, if you count his very likely book deal and the rest of what derives from his Jeopardy! fame, Holzhauer has already parlayed his appearance into at least $1 million.