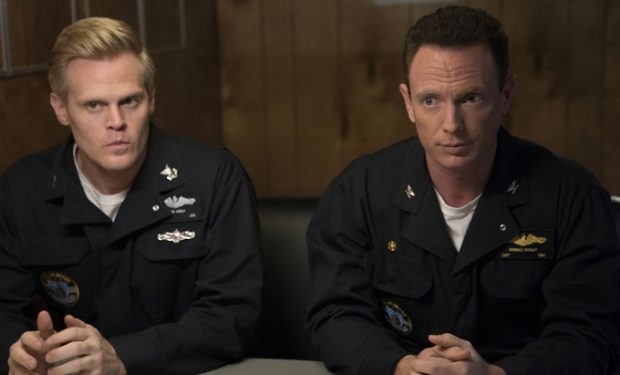 The NCIS team hits rough seas in the new “Silent Service” episode when Gibbs (Mark Harmon) and Bishop (Emily Wickersham) board a nuclear submarine to conduct a murder investigation. As Navy Captain Reginald Barkley navigates the team through uncharted territory, Director Vance (Rocky Carroll) gets word from the Pentagon the sub has gone radio silent.

[Check out Bellows on MacGyver]

Captain Barkley is portrayed by actor Matthew Bellows. If he looks familiar, that’s because he recently donned a French accent guest starring as a grief-stricken brother looking for answers on the CBS drama MacGyver. But, you might not have recognized him as one of the painted blue Accusers in the big screen blockbuster Captain Marvel.