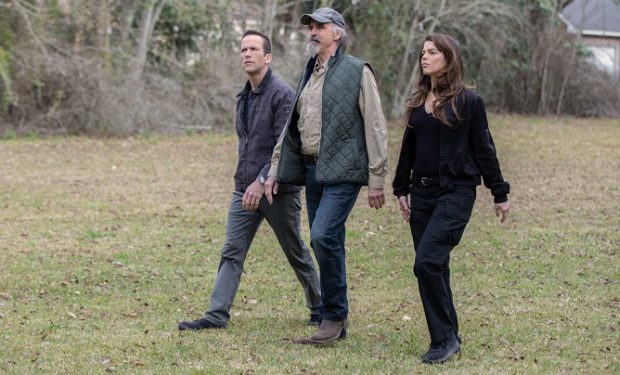 In the NCIS: New Orleans episode “Reckoning”, everyone including Pride (Scott Bakula) is surprised when he discovers he’s no longer Special Agent in Charge (SAC) of the Southeast. While he tries to figure out the reason for the reshuffling of assignments, he returns to the New Orleans NCIS office while the team investigates a missing petty officer. While out in the field, agents LaSalle (Lucas Black) and Gregorio (Vanessa Ferlito) meet a man named Conroy.

[Check out Jeff Fahey on Lost]