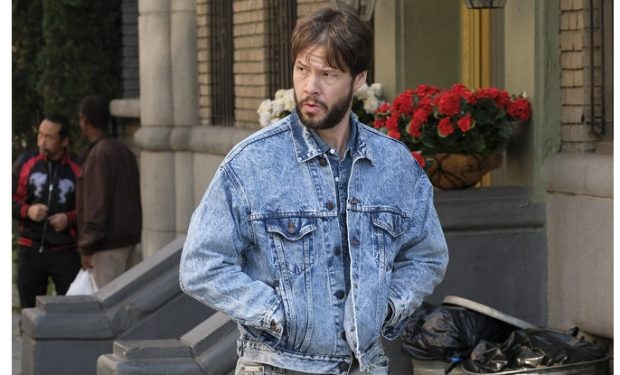 [Watch Barinholtz as Morgan on The Mindy Project]

Gintars Irbe is portrayed by Ike Barinholtz. The 6’3″ actor is known for his role son The Mindy Project (Morgan Tookers, see link above), Friends from College (Degrasso), and MADtv, among others. Barinholtz is also recognized for his role sin the films Suicide Squad (Griggs) and Neighbors (Jimmy). Barinholtz will appear (or heard) next in the upcoming animated series Bless the Harts with Saturday Night Live alumnae Kristen Wiig and Maya Rudolph. Brooklyn Nine-Nine airs Thursdays at 9 pm on NBC, right after A.P. Bio and right before Will & Grace.

Miley was working on something for the VMAs with Ike Barinholtz and Andy Samberg today✨ pic.twitter.com/U9IuV7SJHo