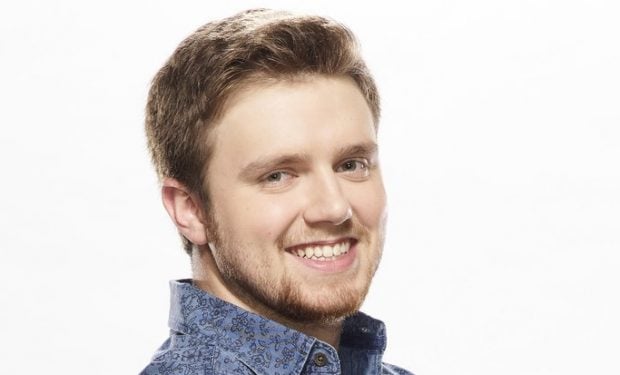 On the last night of Blind Auditions for Season 16 of The Voice, country singer Jackson Marlow sang the George Strait song “Troubadour.” The audience was on its feet listening when Kelly Clarkson turned her chair. The 18-year-old from Alabama was the last contestant to be chosen and Kelly was the only coach left with a spot. As John Legend announced, Kelly “has found her Prince Charming.”

[Red’s album after The Voice]

Fun fact about Jackson Marlow: he’s the nephew of Red Marlow, the country singer on Team Blake who made it to the finale of Season 13 in 2017. On The Voice, Red described himself as “more country than cornbread.” See cute family photo (and Red’s jab at Blake) below. The Voice airs Mondays and Tuesdays at 8 pm on NBC. From the tweet below, Red bets Blake is mad that Kelly got his nephew.