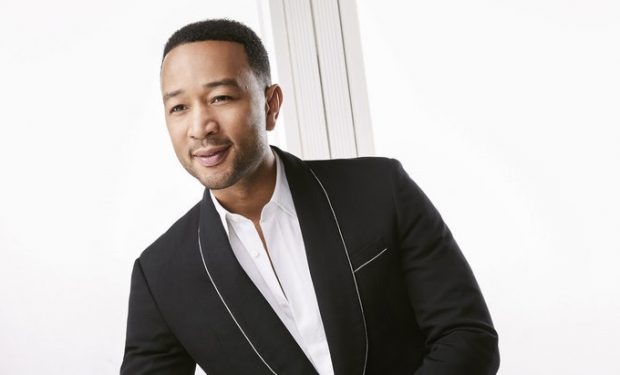 While Oscar, Tony, Emmy and multiple Grammy Award-winning musician John Legend makes his debut as a coach on Season 16 of The Voice, he still finds time to perform. Last week he performed his hit single “Preach” at the iheartradio awards. For the big occasion, Legend wore a custom suit by designer Rich Fresh of Los Angeles. Or as Rich Fresh describes it: “a bespoke marigold double breasted suit.” (Bespoke is an synonym for custom.) Rich Fresh describes himself as “Bespoke tailor to the stars.” Clients include comedian Kevin Hart, NBA star Draymond Green, and gospel singer Kirk Franklin, among others.