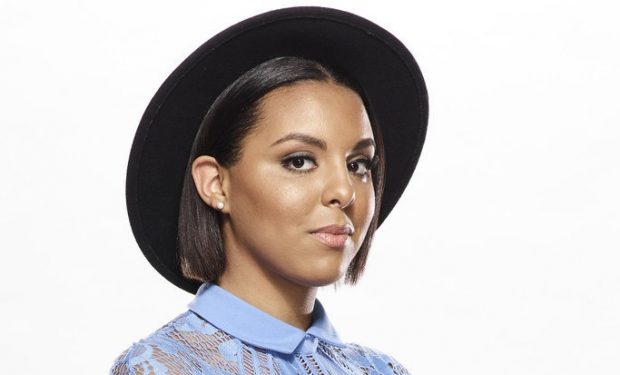 On Season 16 of The Voice, Cecily Hennigan sang the Jewel song “Foolish Games” for her Blind Audition. Blake Shelton was the first to hit his buzzer and turn his chair. When Cecily finishes singing, Blake stands and looks at the other coaches (Kelly Clarkson, John Legend, Adam Levine) who didn’t turn around, “You’ve got to be kidding me!” Blake approached the 16-year-old on stage to give her a hug and welcome him to his team.

[“Foolish Games” is on Jewel’s Pieces of You album]

Adam Levine told Cecily she’s “awesome” and that he was “ashamed” –presumably for not hitting his buzzer. John Legend told Cecily “Your voice is developed behind your years.” Blake told her, “I don’t know that you know what you’re capable of vocally” and he wants to find the right songs for her to “blow the roof off this place.” Knowing Blake and his success rate on the show, he’ll do it.

Fun fact: This isn’t Cecily’s first time on TV. After a video of her singing her order at a McDonald’s drive-thru went viral, the video was also shown on The Today Show. When Cecily made it on Team Blake, The Today Show showed the clip again. Cecily wrote: “Having @TODAYshow and @hodakotb talk about me once this summer was rad but THIS! 😱😱
I’m shook. Deceased. Wig snatched. Just everything! This cannot be real…” The Voice airs Mondays and Tuesdays at 8 pm on NBC.

What. In. The. World. 😱😱
Having @TODAYshow and @hodakotb talk about me once this summer was rad but THIS! 😱😱
I’m shook. Deceased. Wig snatched. Just everything! This cannot be real…
Also for some reason the audio was messing up in places but still OMGGG😭😭💜💜
Thank you! pic.twitter.com/GbHgrIVgPU