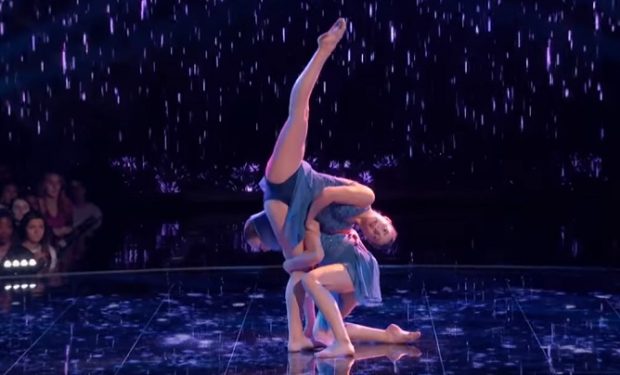 On the second week of qualifiers on World of Dance, Season 3, junior dancers and sisters Ellie & Ava from Woodbury, Minnesota perform a stunning routine set to the 2018 Carrie Underwood song “Cry Pretty.” (Note: the classic vinyl version of the Underwood album is pink!) All three judges — Jennifer Lopez, Ne-Yo and Derek Hough are impressed. (Hough gives them a standing ovation.)

Underwood co-wrote the anthem of female empowerment (with three other women!) which is on her sixth studio album of the same name. Underwood explains that “Cry Pretty” is about “when emotions take over and you just can’t hold them back” and “it really speaks to a lot of things that have happened in the past year.” In November 2017, Underwood took a serious fall — she broke her wrist and had to get more than 40 stitches to her face. The country singer has since recovered and is launching her Cry Pretty tour in May 2019.

Ellie & Ava don’t give the impression of ever failing, falling or hurting while they perform on the big World of Dance stage. But you can’t reach such perfection without failure — it’s part of the process, which makes this song choice so special for them. World of Dance airs Sundays at 8 pm on NBC. [Related: World of Dance: Lauren Yakima’s Sister Won ‘So You Think You Can Dance’]