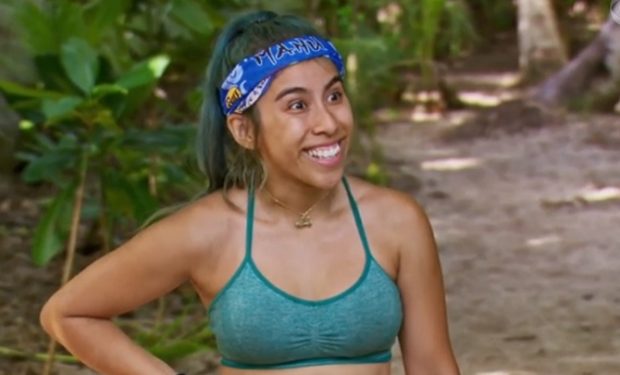 On the Survivor: Edge of Extinction episode “I Need a Dance Partner,” host Jeff Probst tells the two tribes of castaways to drop their buffs. They are now going to be split up into three groups. They have no control over who they’re teamed up with, which causes a lot of anxiety, except for the unpredictable swap meet vendor Wendy Diaz.

But before they drop their buffs, fellow Manu tribe castaway Kelly Wentworth tries to win Wendy over with compliments. She tells Wendy “you look skinny” which Wendy takes as a compliment. “Your waist looks small,” Kelly adds. Wendy is wearing a bra and pants so her stomach is exposed. Wendy smiles and says, it’s the “Survivor Diet.” 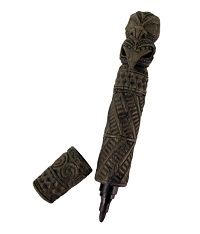 [You can write with your own Survivor Voting Pen for $19.99]

When alone, Wendy tells the cameras, “Wendy is always under the threat of going home but it’s never Wendy.” Yes, she’s talking about herself in the third person — that’s called illeism and it’s popular on reality shows! While Wendy seems to really relish the admiration she does admits she was being a little “crazy” when she took the tribe’s flint (to make fire) so she put it back without telling anyone. Well, she told Rick her master plan. Survivor airs Wednesdays at 8 pm on CBS, right before The World’s Best. [CBS streaming: Watch Survivor and/or any CBS show through Amazon Prime or CBS ALL-ACCESS. Both options offer free trials.]