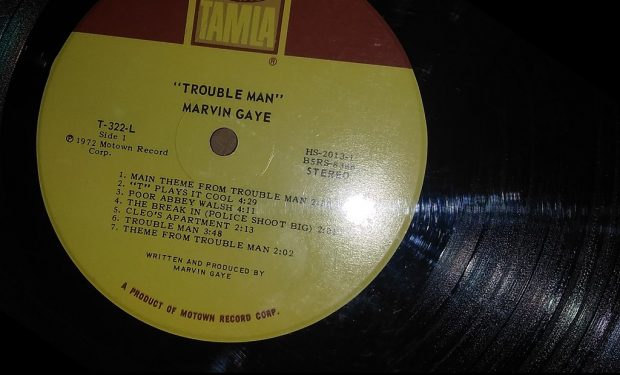 Soul singing legend Marvin Gaye is an icon — one of the real genuine icons — so it makes sense that he’s getting the icon treatment from the U.S. Postal Service. Gaye, whose indelible song “What’s Going On?” captured the tumult of the 1960s at least as adeptly as any tune by his contemporary Bob Dylan, will be honored with a Forever postage stamp, joining a roster of famous Americans to receive the accolade. (The honored group ranges from tap dancer Gregory Hines to astronaut Dr. Sally Ride.)

🙏🏾 “Legendary singer #MarvinGaye, dubbed the “Prince of Soul” is getting a commemorative stamp from the US Postal Service, which will debut on what would’ve been his 80th birthday. . . The stamp shows a portrait of Gaye, which the agency says was designed to mimic a vintage vinyl cover art. The stamp pane will feature a brief biography and an image of a record peeking out of the sleeve. . . “Gaye’s presence and unique sound will live on forever through his music and now through the mail,” the postal service said.” (Via @cnn) . . Artist: @kadirnelson . . #DopeBlackness @DopeBlackness

Gaye’s stamp will be part of the Music Icon Collection, which has includes cultural giants like John Lennon and Elvis Presley. (And soon, perhaps, Aretha Franklin?) The stamp’s issue marks what would have been Gaye’s 80th birthday. (The singer was shot and killed by his own father at age 45.) The USPS says: “Gaye’s presence and unique sound will live on forever through his music and now through the mail.” The stamp will be especially good for people writing to romantic partners, messaging that Gaye specialized in as an artist. Two of his most famous songs are “Let’s Get It On” and the megahit “Sexual Healing.”