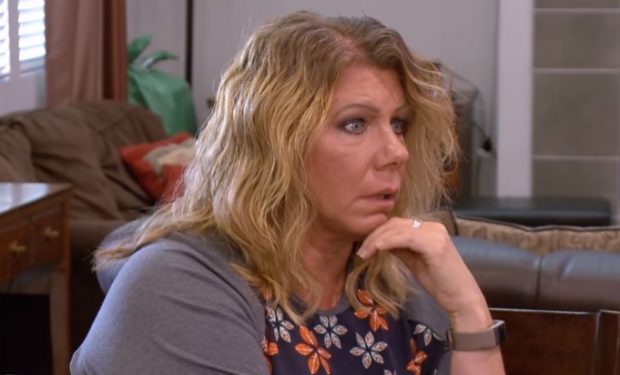 On the Sister Wives episode “Aspyn’s Royal Wedding,” Aspyn and Mitch are getting married with bagpipes, kilts and lots of flower girls. It’s a perfect day — but the Browns are stressing because they now have to move to Flagstaff, Arizona within a month. Wife #2 Janelle says she’s “anxious that we stay together as a family. It becomes problematic when we separate.” She adds, “I’m just anxious that Meri feels that she’s, that we really want her to come, so I’m trying to reinforce that, that we want her to come as soon as possible.” Wife #3 Christine tries to break the ice when she turns to wife #1 Meri and says, “You’re gonna love it with all these strangers living close.” Meri tries to explain, “I don’t have the urgency with the school,” since her only child, Mariah, is an adult. The other three wives all have children still in school. “It’s not like I’m sitting her twiddling my thumbs watching you all go,” Meri says.

[Watch any Sister Wives episode whenever you want]

Still Kody tells Meri, “We shouldn’t be wasting time.” Meri says she’s not, that she’s actually looked at rentals and homes for sell in Flagstaff. Meri thinks that they all think she plans to stay behind. Kody says, “We still feel like on a psychic level, we’re still dragging her with us.” Sister Wives airs Sundays at 8 pm on TLC, right before Seeking Sister Wife.