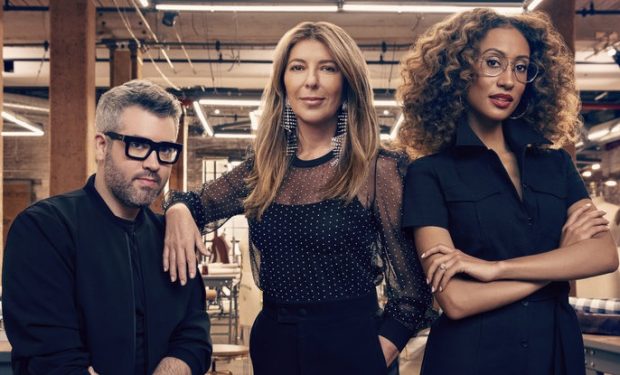 Project Runway is back on Bravo for Season 17. There are some familiar faces and new faces on the fashion forward talent competition. Heidi Klum and Tim Gunn are out and Karlie Kloss is in with Project Runway winner Christian Siriano back — this time as mentor. Returning judge Nina Garcia (Elle Magazine) is flanked by two new judges: Lady Gaga designer Brandon Maxwell and Elaine Welteroth, the youngest editor-in chief in the history of Teen Vogue, and the popular magazine’s first African-American editor-in-chief. As Project Runway contestant Kovid Kapoor says, “She changed the game.”

On a personal note, Welteroth is engaged to singer Jonathan Singletary. They got engaged in December 2016, and story goes they met as children at church. Elaine says they were about 12 or 13 when they met: “We’re from the Bay area, we grew up in the same church, our moms were in the same choir, we were in the same youth choir at some point.” Singletary is just six months younger than Welteroth. You can hear her singing backup on his song “Don’t Fight Alone“.

We’re far from the shallow now…had to🖤 #oscars

Singletary performs as a solo artist and as lead singer of Harville. The classically-trained pianist was raised on gospel, soul and hip hop and has opened for the likes of Stevie Wonder and Bruno Mars on stages from Las Vegas to Dubai. Project Runway airs Thursdays at 8 pm on Bravo.