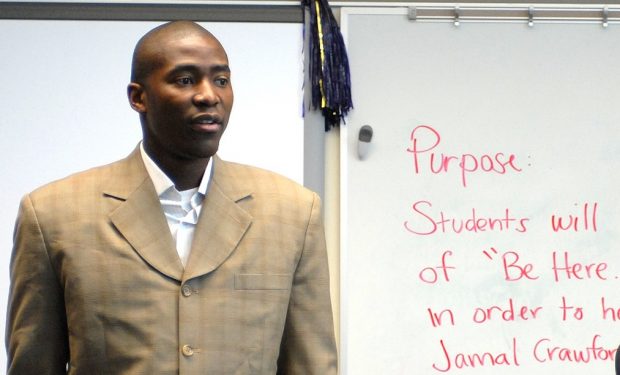 NBA veteran and devastating scorer Jamal Crawford is among the most respected men in basketball. But kids don’t know, and they don’t care! The 2x NBA Sixth Man of the Year Crawford is known to be an inspiration and mentor to many young NBA players, but when you’re four or five years old Crawford is just another big guy in your way. And if you’re a kindergarten killer, like the kid in the video below, you find a way to get by the NBA legend — even if you have to go through his legs. And we don’t just mean the ball!

When @JCrossover gets crossed over! 😂🧡 pic.twitter.com/K0igoVtvgW

Crawford, whose well-deserved nickname is JCrossover, is renowned as a scorer and a leader — and for nearly two decades he has been crushing both roles in the toughest league of all. He’s currently with the Phoenix Suns, showing young players like rising superstar Devin Booker not just how to play — Booker can already score at will — but how to carry yourself as an NBA player. Nobody is better qualified to teach that than Crawford. He is also a mentor to players like the Spurs young point guard Dejounte Murray. And there is now a kindergarten kid who has a video memory of juking Crawford that will last a lifetime.