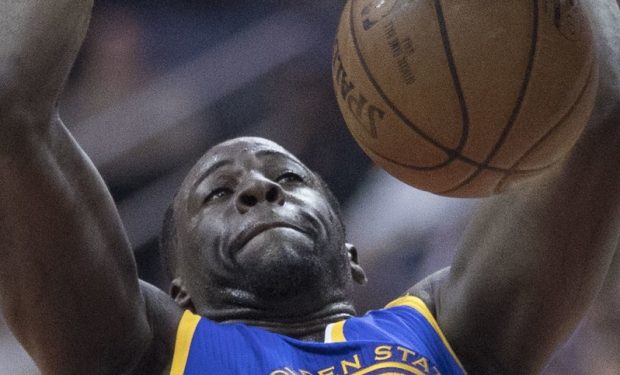 Golden State Warriors coach Steve Kerr got a taste of what opponents get every time they step on the court with irascible forward Draymond Green. Kerr tasted — and expressed — frustration with Green in a moment caught on camera during Sunday’s unlikely loss against the woeful Phoenix Suns. (Woeful except for scoring sensation Devin Booker who can pure light it up.) Playing against Draymond Green causes most players to have the same reaction as Kerr, who appeared to say to assistant coach Mike Brown: “I’m so (expletive) tired of Draymond.” You think Kerr is tired of him?Ask the Cleveland Cavaliers, who’ve lost three out of the last four NBA Finals to the Warriors, how they feel about Green. They’re not just tired of him; they’re exhausted by him.

The season is a grind, Kerr admitted afterwards. Tensions in trying to repeat and maintain a basketball dynasty are guaranteed to cause friction. Kerr, having won five championships as a player, brings a great deal of perspective to situations like this. Tired as he may have been with Green at the moment, Kerr knows that without Green his trophy case probably isn’t so full. Kerr took the knowing, sarcastic route in response. “No, the lip-readers were wrong,” he said. “What I said was, ‘I beg to differ with Draymond’s approach tonight.’ Those were my exact words. I don’t know how somebody misconstrued that.”

[Note: Kerr also knows that Green plays with a chip on his shoulder due to being underestimated coming out of college, and doubted because he is considered “undersized” for his position. It’s a chip Green uses to his advantage.]

The music makes it. pic.twitter.com/OHnqSbefI8