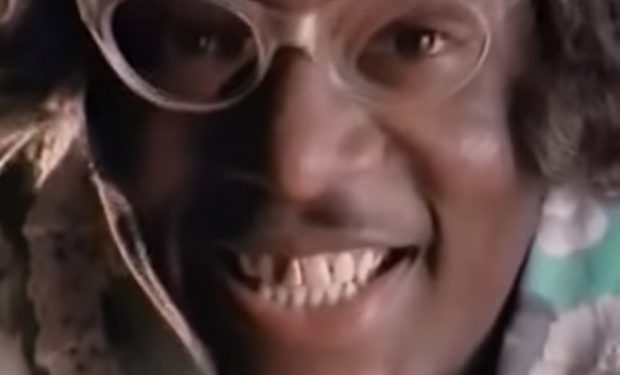 There is no reason for Hall of Famer Dennis Rodman to be the most famous NBA player who wears dresses. That’s what LeBron James wants to remind everybody as he shared the Charlotte Hornets highlight film (see below) of Larry Johnson, the great UNLV national champion and NCAA Player of the Year who was a dominant force during his NBA career. Johnson, who has a terrific sense of humor, was also a cross-dressing advertising sensation who played a character based on his grandmother called Grandmama for Converse shoes.

The highlights LeBron shared show Johnson, whose dynamic career with the Hornets and Knicks was limited to ten seasons, at his athletic best. Or as LeBron puts it, Johnson is “a straight up Animal man!” Johnson was the number 1 pick in the first round of the 1991 NBA draft. He made two NBA All-Star teams and was named the NBA Rookie of the Year in 1992. Johnson, like Charles Barkley before him, was considered undersized for the NBA power forward position. Some consider Johnson a prototype for the NBA career of Duke sensation Zion Williamson.

My Goodness!! A straight up Animal man! Grandma Ma 👵🏾 https://t.co/WxmQVCJ53s