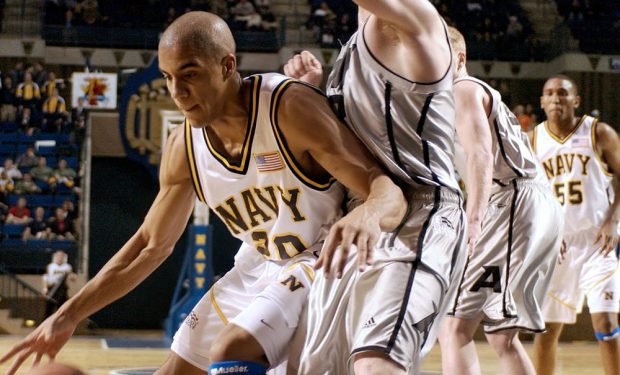 It’s beginning to look a lot like March Madness!!! So wouldn’t it be great if you didn’t have to miss a minute of the basketball action you love? Here’s good news: You don’t! We all have jobs, families and lives to lead, but thanks to today’s world with all of its advanced technology, you don’t have to miss any of the games you want to see for the entirety of the March Madness basketball tournament. Read on, because we’re going to tell you in detail below how to how to live stream March Madness and enjoy yourself every moment of the tournament.

You might have to work, you may be road tripping somewhere with the fam or you might be taking a trip to the other side of the globe. It doesn’t matter what you’ve got going on, we’re going to tell you how you can watch or listen to March Madness action no matter where you are or what you’re doing.

Watch March Madness Online at Home in the States

If you’re in the U.S. for the tournament, you’ll be tuning into CBS and Turner Sports’ families of channels to watch the games. If you’re at home, you can just turn on the TV and tune into the games with no problem.

But what do you do if you have to go to work, or you’re heading to a family event in the park? Does that mean that you have to miss what’s happening? No, not at all. You can pull up the NCAA website on your phone and live stream any of the games from the March Madness tournament for free. If you’d rather, you can also pull up the CBS apps, CBS All Access or CBS Sports, which will also both be streaming games.

If you’re in a position where watching isn’t an option for you, put in some earbuds and listen to the live broadcast on the radio provided through the NCAA March Madness Live app. You can choose this if you’re sitting at your desk at work or driving somewhere during an important game.

Watching March Madness From Other Countries

This is where things get a little trickier. You may think that you can just pull up the same apps you would at home when you’re traveling and that you can watch March Madness that way, but unfortunately, that’s not the case. If you try this, you will likely run into a message about how the content you are trying to access is unavailable at that time. The reason for this is that countries will geographically restrict access to big sporting events. They’ll block foreigners from being able to access the programs.

So then, what can you do? Can you get around these blocks? Yes, you can, and we’re going to tell you how to live stream March Madness right now. All you need to do is get a Virtual Private Network, or VPN, installed to the device you want to use for watching the games. And actually, even if you’ll be in the U.S. throughout the tournament but you’ll be working and doing other things during the games, a VPN could be beneficial for you too.

What is a VPN?

VPNs are networks that connect over public networks to a private network that you’ve established in wherever the place wherever the VPN you’ve chosen originates. It makes it to where no matter where you are in the world, when you connect through the VPN, it will look like you’re connecting in the place your VPN is tied to. You IP address will not reflect your actual location, it will reflect where the VPN originates. Essentially, you can trick apps and services into believing that you’re in a different location from where you actually are.

How Does the VPN Allow You to Watch March Madness if You’re in Thailand?

You don’t have to be in Thailand, but let’s just use that as an example. If you’ve downloaded an app that’s streaming the March Madness games, but you had to travel to Thailand for business, you can watch the tournament on your chosen app if you have also installed a VPN. The app won’t treat it like you’re trying to gain access from Thailand. It will react as if you’re sitting somewhere in the U.S. and just pulling up a game on your phone or tablet because the IP address it sees says that’s where you are. Not only that, but it’s safer to connect over a VPN. Cyber criminals that might be trying to spy on what you’re doing on the internet have a much tougher time doing that when you’re connecting over your private network.

Plan Ahead and Don’t Miss a Thing

Don’t miss the games you want to see just because your schedule won’t allow you to sit on the couch and watch March Madness. You can tune in whenever and wherever you are so you don’t have to miss one minute of the action you’ve been waiting all year for. Watch on TV at home, stream online with an app, or use a VPN for access from anywhere. Do all three of these, and you won’t have to miss any of the action during March Madness.