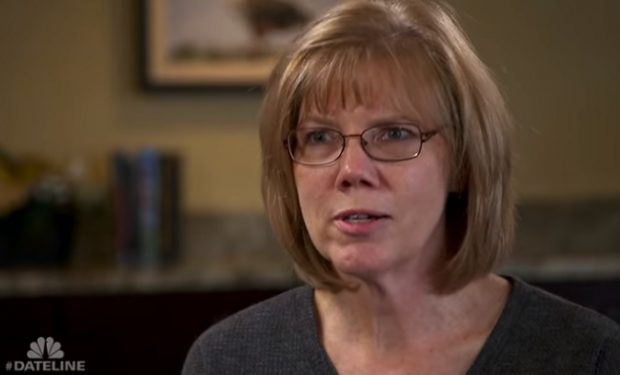 The Dateline episode “The Vanishing of Kelsey Berreth” investigates the disappearance of the 29-year-old Colorado mother who was last seen at a Safeway supermarket on Thanksgiving Day 2018. One month later, Patrick Frazee, Berreth’s fiancé and father of her one-year-old daughter Kaylee, was charged with first-degree murder and solicitation of murder.

Prosecutors believe Frazee beat Berreth to death with a baseball bat and then burned her body on his ranch in Fountain, Colorado. Berreth’s parents believe Frazee killed their daughter because they had broken up and he wanted full custody of Kaylee, who is currently in the physical custody of Berreth’s parents. Frazee’s mother has filed a motion to intervene in the decision. Jenna Middaugh of KKTV News reported in January 2019 that a judge ruled to temporarily keep Kelsey Berreth’s daughter in custody of her parents. “Court orders both side’s parents not to publicly comment about custody case. Court waiting to review info from Frazee’s criminal case before moving forward.” Frazee will be arraigned on April 8. Dateline airs Fridays at 10 pm on NBC. [BONUS: Stream any NBC show watch LIVE on any device with NBC UNIVERSAL app available here. Download is FREE.]

Frazee’s family walks out of a back room with their attorney inside the Teller County Courthouse. We’re still working to find out what happened during the custody hearing @KKTV11News pic.twitter.com/7QHQeKvFhr