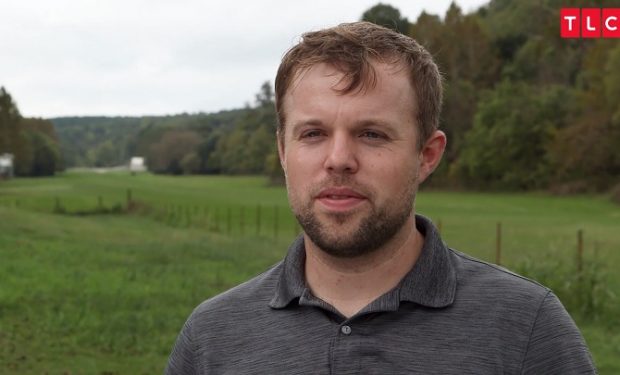 In the Jill and Jessa: Counting On episode “The Abbie Gown,” while Jeremy Vuolo is on daddy duty as his wife Jinger Duggar runs errands, John Duggar’s fiancé Abbie tries on wedding dresses. According to TLC, while Abbie is out with the girls, John and the boys “partake in a thrilling competition.” Thrilling is not the first word that comes to mind when speaking of the Duggar family so it’s an intriguing promo.

[Watch Season 1 of Counting On]

Turns out the boys go “flour bombing” for John’s bachelor party. John, who is a pilot, gets into a plane and drops bags of flour onto a target. Whoever drops the flour bomb on or closest to the target wins. For the first round of the game, John takes up his brothers Jedidiah and Joe. And then it starts to rain which makes the flour bombing problematic. John tries to wait out the rain up in the air as his brothers are getting queasy. “Our family has a big problem with getting motion sick. I think it’s like half of us,” says John David. Jedidiah admits, “I didn’t feel too good.” Jill and Jessa: Counting On airs Mondays at 9 pm on TLC. [BONUS: TLC G0 App found here lets you stream any TLC show. Download is FREE.]