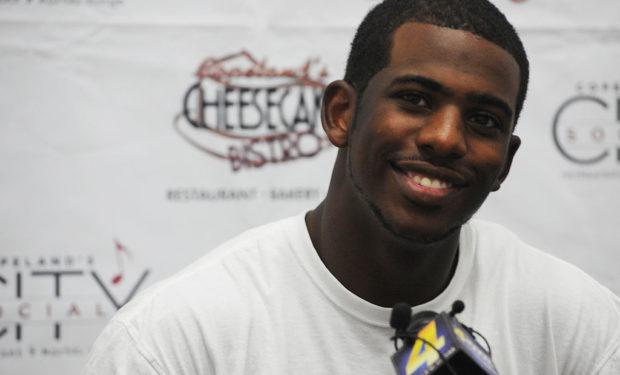 Houston Rockets star Chris Paul is by consensus one of the most talented point guards ever to play basketball. And real basketball fans are hoping that this is the year we finally get to see Paul lead a team deep into the playoffs — a real possibility given that the Houston Rockets are playing at a high-level with a playoff focus. (Paul’s LA Clippers consistently underachieved in the NBA playoffs, often waylaid by untimely injuries.)

[An assist here if you’re looking for CP3 shirts!]

Paul moved into the #8 spot on the NBA’s all-time assist leaders list this week, surpassing NBA basketball legend Isiah Thomas. Thomas graciously congratulated Paul, who said Thomas’s praise “means everything” coming from such a great player and a Baby-Faced Assassin, as Thomas — with his angelic-looking face and devilish skills and determination — was sometimes called. Now Paul hopes to join Thomas in the NBA title winners category, because both players know that individual accolades pale in comparison to team accomplishments. Isiah Thomas won back-to-back titles with the Pistons in the late 1980s, leading the Bad Boys of Detroit. Paul would doubtless trade his assists records for a chance at a title any day. [Note: John Stockton is the NBA’s all-time assist leader with 15,806; Paul has amassed 9,067 assists since entering the NBA in 2005.]

With @CP3 passing @IsiahThomas (9,061) for 7th place on the #NBA all-time assists list, we look back at him running the show for the @DetroitPistons! #NBAVault pic.twitter.com/TbNZFoaWhQ