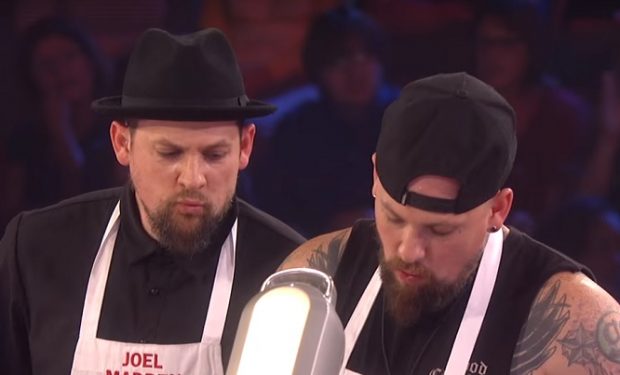 [Diaz’s 2016 book The Longevity Book: The Science of Aging, the Biology of Strength, and the Privilege of Time]

Diaz retired from acting in 2014. She last appeared in the musical film Annie with Jamie Foxx. Diaz played Miss Hannigan. She made her acting debut in the 1994 comedy The Mask with Jim Carrey. Other film credits include My Best Friend’s Wedding with Julia Roberts (bride Kimberly), Being John Malkovich (Lotte), Charlie’s Angels (Natalie), Vanilla Sky (Julie) opposite Tom Cruise, Martin Scorsese’s The Gangs of New York, and as the voice of Princess Fiona in the Shrek movies. MasterChef airs Tuesdays at 8 pm on FOX.

The guys from Good Charlotte are married to Cameron Diaz and Nicole Richie. What? And also how and why? pic.twitter.com/O7GwRVqlyA