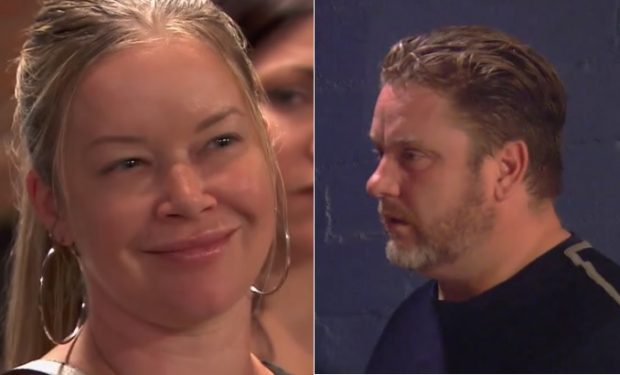 On the Bar Rescue episode “Don’t Cry for Me Jon Taffer,” Taffer travels to Tucson, Arizona to check out the sports bar RJ’s Replays. When Taffer does he recon work in his car, he says employee Clarissa might not have the most skills but she’s hustling. She also has the insight not to serve a drunk patron who is scaring off her female customers. When the drunk owner, Rich McClelland, tells her to serve the drunk patron, Taffer chews him out. The owner isn’t just drunk, he’s losing $20,000 a month, and easily cries. What’s really disturbing is watching Rich’s wife Christy, one of the bartenders, smiling while Rich cries. “If Christy doesn’t support Rich, the bar is irrelevant,” says Taffer. Rich got his Bachelor in Science degree in microbiology from the University of San Diego.

[Watch any episode of Bar Rescue whenever you want]

Taffer gets smiling Christy on board and rebrands the place as The Frozen Cactus, working on a new menu with offers including 75-cent wings on Wednesdays. In March 2019, The Frozen Cactus was named one of the 16 Best Sports Bars in Tucson by Tucson Foodie which pointed out the bar’s “astounding” 28 beers on tap and 29 HDTVs including a 3D TV. New episodes of Bar Rescue air Sundays at 10 pm on Paramount Network. [Stream any Paramount Network show with the Paramount app here. Download is free.]