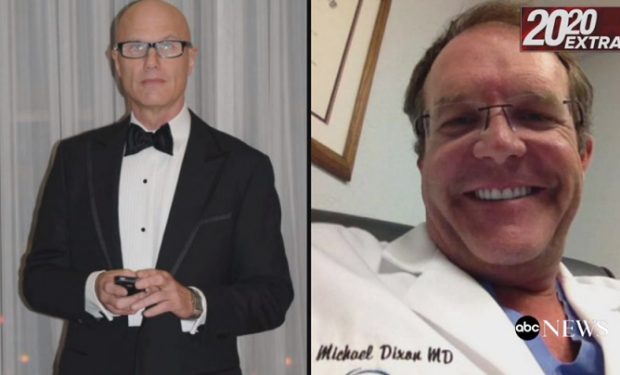 ABC 20/20 continues to cover the legal trials regarding the murder of 57-year-old pathologist Dr. Joseph Sonnier, who was stabbed and shot to death on July 10, 2012 in his Lubbock, Texas home. A man named David Shepard initially told police that his friend, former plastic surgeon Dr. Thomas Michael “Mike” Dixon, hired him to kill Sonnier, who was then dating Dixon’s ex-girlfriend Richelle Shetina. Dixon admitted to paying Shepard to spy on and take photos of Sonnier but not to kill him. He says he just wanted to find dirt on Sonnier (possibly dating other women) to show Shetina. In 2014, Shepard (who was sentenced to life in prison) surprised everyone at Dixon’s trial when he testified that he acted alone. When the jury was unable to reach a verdict, the judge declared a mistrial.

At Dixon’s second trial in 2015, Shepard did not testify but his daughter Haley Shepard did. In court, she said she believed her father lied on the stand in the first trial to protect his friend Dixon. Dixon was found guilty on two capital murder counts and was sentenced to life in prison without parole. Dixon’s lawyers appealed and in December 2018, his conviction was reversed and he was given a new trial.

In January 2019, Dixon was released on a $2 million bond. Two of Dixon’s bond conditions require him to remain in Potter/Randall, Texas counties, and to be restricted by a curfew that requires him to be in his residence from 10 pm to 6 am. In February, prosecutors filed a petition to have Dixon’s conviction reinstated. Dixon will either be sent back to prison or, if the prosecutors don’t prevail, Dixon could face a third trial for the same first-degree murder charges he faced in 2014. 20/20, which airs Fridays at 9 pm on ABC, has exclusive interviews with two jurors “who refused to convict” Dixon in 2014. [Related: Richelle Shetina Gives Dating Advice After Murder-For-Hire]