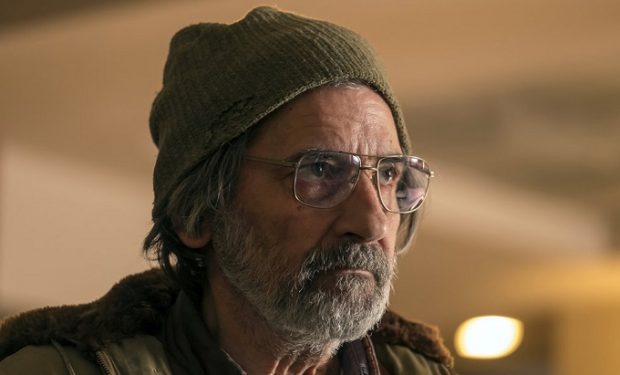 THIS IS US: Griffin Dunne (Ron Batzdorff/NBC)

In the This Is Us episode “Songbird Road: Part 2”, Kevin (Justin Hartley) attempts to help his uncle, Vietnam Veteran Nicky Pearson, who suffers from PTSD. When younger, Nicky was portrayed by Mikey Angarano (Will & Grace). Current day Nicky Pearson is portrayed by Griffin Dunne. As an actor, he’s known for his roles in the films Dallas Buyers Club (Dr. Vass), Martin Scorsese’s After Hours (Paul Hackett), and John Landis’ An American Werewolf in London (Jack Goodman), among others. Dunne was nominated for an Oscar for Best Short Film (1996) for Duke of Groove, which he co-wrote and directed.

Dunne, the eldest son of the late movie producer and writer Dominick Dunne, was to appear next on the big screen in the film Gore about the late great writer Gore Vidal, who was portrayed by Kevin Spacey. Dunne portrayed composer Leonard Bernstein. No word on if the film will be released. Note: Griffin Dunne is also the nephew of Gore’s contemporaries, John Gregory Dunne and his wife Joan Didion. This Is Us airs Tuesdays at 9 pm on NBC, right after Ellen’s Game of Games and right before New Amsterdam.