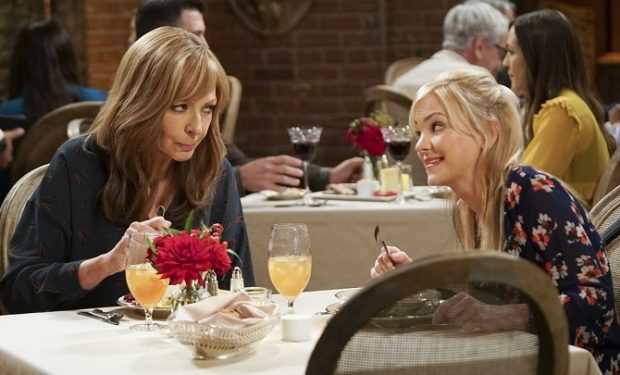 In the Mom episode “Sparkling Banter and a Failing Steel Town,” when Christy (Anna Faris) is the only one without plans on Valentine’s Day, Bonnie (Allison Janney) takes her on a mother-daughter date. Meanwhile, Jill (Jaime Pressly) goes out with cop Andy (Will Sasso), and Marjorie (Mimi Kennedy) has a date with herself at home. She plans to have a quiet night in (it’s her first Valentine’s Day without Victor) but it’s ruined when everyone calls on her for help.

Gail Fleming (played by Julie Claire) will be back for Devious Maids Season 4 too ! #DeviousMaids pic.twitter.com/FNhGDd1IUJ