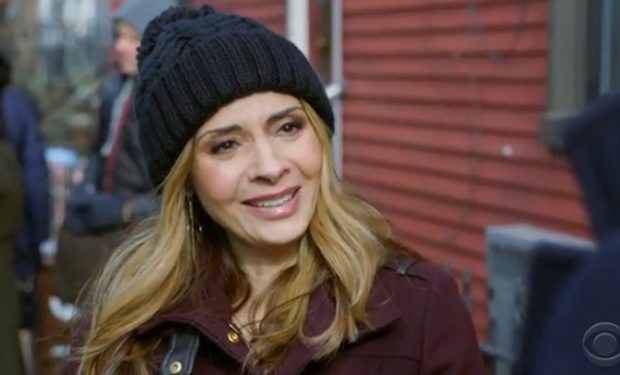 In the Blue Bloods episode “Ripple Effect,” while NYPD officer Eddie Janko (Vanessa Ray) tries on wedding dresses with her future sister-in-law Erin (Bridget Moynahan) and niece Nicky (Sami Gayle), her future brother-in-law Danny (Donnie Wahlberg) is on the job. He and his partner Baez (Marisa Ramirez) are approached by a medium named Maggie Gibson who claims to know what really happened to a woman who allegedly killed herself. After the woman was killed, she told Maggie that she was murdered, which of course Danny has a difficult time believing.