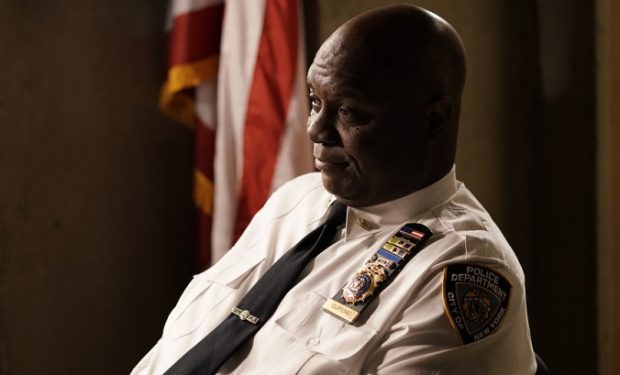 In the Blue Bloods episode “Blues,” while off duty, NYPD Detective Danny Reagan (Donnie Wahlberg) finds himself at a gas station that’s in the process of being robbed. When the young robber tries to stab Danny, Danny shoots the kid dead. Even though Danny keeps telling everyone this isn’t his first shooting, which they all know, they can’t help but notice how shaken he is after the incident. Meanwhile, Danny’s dad, NYPD Commissioner Frank Reagan (Tom Selleck) learns that a top officer in his department has “a dark past.” He has a one-on-one with Inspector Andre Clifford.

[Check out Wisdom as Tito in Face/Off]

Wisdom is also recognized for his roles in films including Ray (Jack Lauderdale), Face/Off (Tito Biondi, SEE LINK ABOVE), and Tom Hanks’ That Thing You Do! (Bobby Washington). Wisdom is currently filming the new sci-fi thriller TV series about the spreading of the Ebola virus, The Hot Zone, with Julianna Margulies. Blue Bloods airs Fridays at 10 pm on CBS, right after Hawaii Five-0.

Wisdom in The Dark Knight Rises…