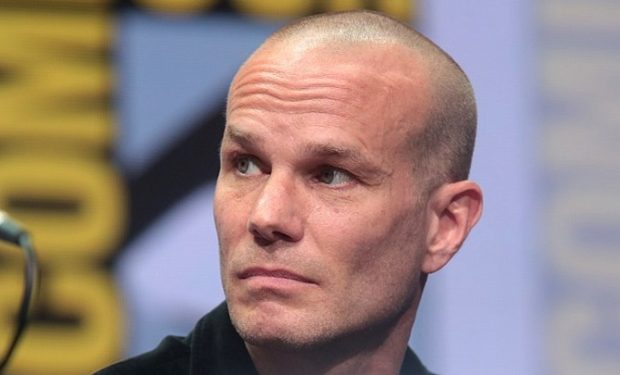 On the Mom episode “Skippy and the Knowledge Hole”, Wendy (Beth Hall) is driving Christy (Anna Faris) crazy with her pleas for Christy to quit smoking. When Christy realizes that she’s spending $200 a month on cigarettes, she makes up her mind to quit but as she knows, addictions are hard to break. Meanwhile, Bonnie (Allison Janney) helps Tammy (Kristen Johnston) prepare to take the GED test.

Mr. Dougan in the “Skippy and the Knowledge Hole” episode is portrayed by actor Jim Marshall. He’s known for his roles on David Lynch’s Twin Peaks (James Hurley, see photo below), Growing Pains (Kevin Randall), and in three films with Cuba Gooding Jr. — A Few Good Men (Pfc. Louden Downey), Gladiator (Tommy Riley), and No Means No, among others. Mom airs Thursdays at 9 pm on CBS, right after Young Sheldon and right before FAM. [Watch It Again? Stream any CBS show through Amazon Prime or CBS ALL-ACCESS. Both options offer free trials.]