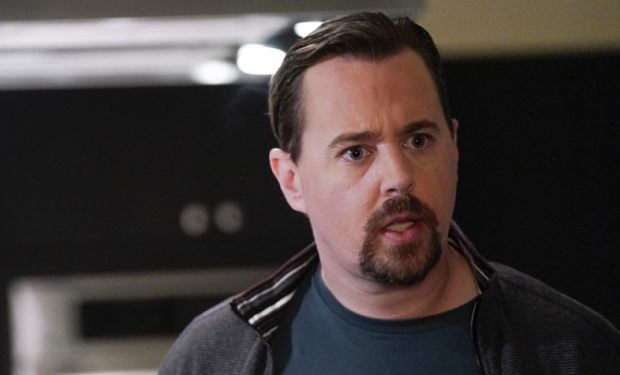 In the NCIS episode “Once Upon a Tim,” NCIS Special Agent Timothy McGee (Sean Murray) reluctantly visits his high school after the unique 19-digit computer password he used as a teenager is linked to the murder of Edward Kane, a department of defense contractor. The case gets weirder when an intruder breaks into McGee’s house to steal his archaic high school computer. McGee has flashbacks to his younger days which include his father, Navy Commander John McGee. Timothy’s father has appeared twice on NCIS and was portrayed by two different actors, Jamey Sheridan and Rick Deats. John McGee died from cancer in 2014. In this 2019 episode, Commander McGee is portrayed by actor Matthew Glave.

[Check out Glave on Angie Tribeca]