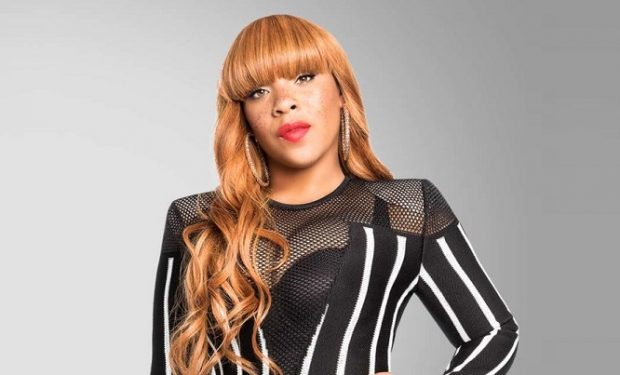 Briana, Growing Up Hip Hop (WE)

In the Growing Up Hip Hop episode “Everyday We Strugglin’”, while Romeo continues to deal with the aftermath of not showing up for a double date with Angela Simmons, Lil Eazy-E continues to dig into the death of his father, rapper Eazy-E who died of AIDS. His son says he’s “always been suspicious” about his father’s death. “I do believe my father was murdered and (I) gotta search for the truth.” When Lil Eazy-E goes and meets Briana Latrise for breakfast to catch up, Briana is on edge: she blows up and storms off when feelings about her father, Martin “Kendu” Isaacs, are triggered.

[Isaacs was a producer of Betty and Coretta staring Blige]

Kendu Isaacs was the manager of and is now the ex-husband of multiple Grammy Award-winning R&B singer and two-time Oscar nominee Mary J Blige. They married in 2003. Blige became stepmom to Isaacs’s three children. In 2009, Blige told Essence magazine that she was especially proud of her relationship with Briana, who was then 20. “Yeah, we were both having little issues on the low with each other, because we are the same kind of people,” said Blige. “But I had to realize that I’m older and I have the most wisdom. I said, ‘I’ve got to grow up right now for Bri.’ So I did, and now we’re cool. She calls me with all her stories that 20-year-olds have.”