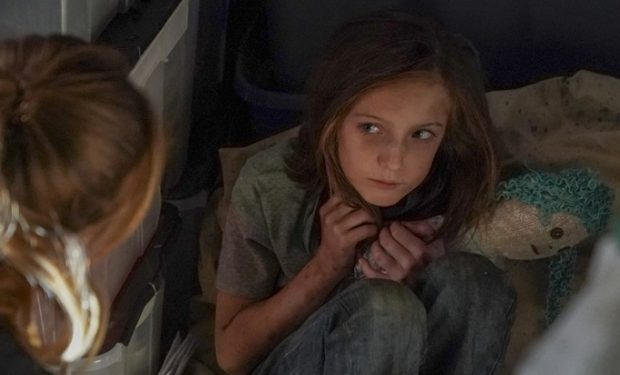 In the NCIS episode “She,” a malnourished and confused 9-year-old named Lily Burke is found hiding in a storage unit. NCIS reopens an old missing persons case when the girl is believed to be the daughter of a Navy recruit who disappeared 10 years ago. Special Agent Bishop (Emily Wickersham) discovers notes that her predecessor Special Agent Ziva David (Cote de Pablo) kept on the case long after NCIS officially stopped investigating.

She can dance too!