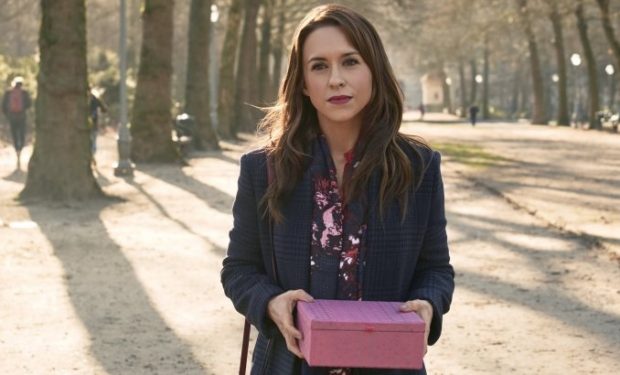 In the Hallmark movie Love, Romance & Chocolate, American accountant Emma Colvin (Lacey Chabert, Mean Girls) is heartbroken when her boyfriend dumps her. However, rather than cancelling their romantic Valentine’s Day trip to Belgium, Emma decides to go alone. There she meets handsome chocolatier Luc Simon (Englishman Will Kemp, Girlfriends’ Guide to Divorce) and yes, sweet sparks fly. The movie was filmed entirely in Belgium in the cities of Bruges (or Brugge), Ghent, and Brussels.

[The Belfry of Bruges is featured in Cloud Atlas, the novel and film starring Tom Hanks and Halle Berry]

Bruges is known for its canals, cobbled streets and medieval buildings. Due to its medieval architecture, the center of town has been designated a UNESCO World Heritage Site, as of 2000. Two of the most impressive buildings include the Church of Our Lady, the world’s second highest brick tower/building – the brick spire reaches over 379 feet — and the 13th century Belfry of Bruges that holds a carillon comprising 48 bells weighing from two pounds to 11,000 pounds. Love, Romance & Chocolate premieres on Hallmark Channel on Saturday, February 16 at 8 pm. [So many Hallmark movies, streaming here.]