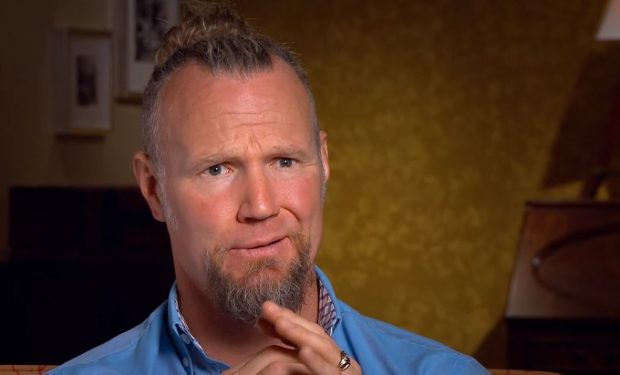 In the Sister Wives episode “Kody Wants Out,” there’s a lot of excitement running through the Brown family when Kody and Christine’s eldest child, Aspyn, 23, announces her engagement to boyfriend Mitch. But when Christine and Kody speak about their 15-year-old daughter Ysabel and her health, the conversation between her parents gets heated. Ysabel has been diagnosed with scoliosis. She wears a night brace and a day brace.

Right before visiting orthopedic surgeon Dr. Camp in Las Vegas, while in the kitchen with their other daughter Gwendlyn, Christine tells Kody she thinks “Ysabel’s curve looks worse.” Kody says, “You’re not measuring, you’re just seeing.” While looking through the kitchen cabinets, Kody says, “I don’t think I would consent to surgery unless I thought it was threatening her life.”

[Watch any episode of Sister Wives whenever you want]

Christine points out that “the concern is if it’s not under 30 by the time she’s done growing, she will need surgery.” Kody makes a dismissive “talking” hand gesture (as if to say blah, blah, blah) and says “It doesn’t matter to me.” 17-year-old Gwendlyn chimes in and tells her father, “It’s threatening her (Isabel’s) self-confidence.” Kody continues with the “talking” hand gesture and says “It’s all just rhetoric” and adds, “this is our last visit” to Dr. Camp.

Kody concludes: “the way she (Ysabel) looks now is not anything I would consider a self confidence issue.” His wife points out, “You might not, but she might.” Sister Wives airs Sundays at 8 pm on TLC, right before Seeking Sister Wife. [Related: Sister Wives: Meri Upset With Kody’s “Don’t Cohabitate” Joke]