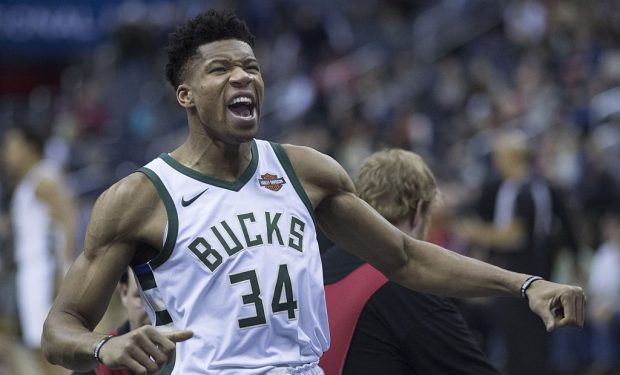 NBA star and MVP candidate Giannis Antetokounmpo heard the call and ran with it like it was an open lane to the basket. The call was to help make 11-year-old Nigerian artist Waris Kareem — a child art prodigy who specializes in hyper-realism, as his exceptional drawings attest — go viral. (Antetokounmpo, who just signed a new long-term deal with Nike, may want to reserve “hyper-realism” as the name of his next signature Nike shoe; the appellation suits Antetokounmpo perfectly — he’s hyper (fast) and for opponents he is all too real.)

Antetokounmpo retweeted the call about Kareem’s outsize talent to his more than 600K followers on Twitter. But young Kareem’s talent is such that the NBA star’s boost is just a drop in the bucket of publicity he’s now enjoying. A profile on the young artist on Africa Live has already garnered more 11 million views. Check it out below. Antetokounmpo knows a bit about how to hustle as a kid and try to be true to your talents: growing up he sold DVDs on the streets so he could keep playing basketball. Asked about his gift for salesmanship once, he replied: “I was the best. I didn’t give up.” He likes to promote people, like Waris Kareem, that have the same attitude. (Note: You just know who young Kareem is going to be casting his NBA All-Star ballots for in the next decade or two!)