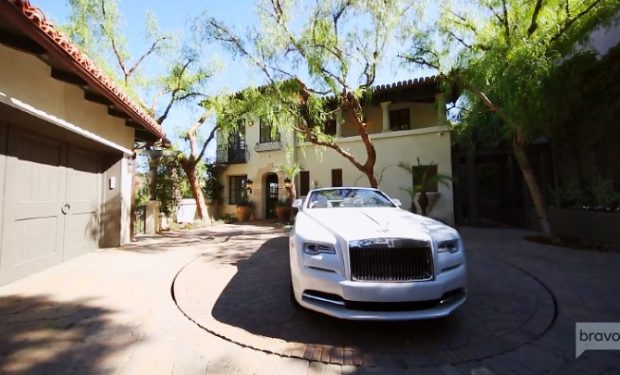 On the Million Dollar Listing Los Angeles episode ‘Hell Or High Water’, while James and David negotiate on two famous Hollywood homes (the Playboy mansion and the Mommie Dearest house), Josh Altman tries to sell a villa-esque home that was once owned by actress Mischa Barton. Even with its turntable driveway, the house has sat on the market for a year. The house is currently owned by Altman’s friend Zach who spent three years and close to $3 million renovating the place “to make it feel new.” The grand estate which is on a 1.2 acre lot, includes a chef’s kitchen, seven bedrooms and two guest houses. Altman calls it the perfect celebrity compound. When he mentions that actress Mischa Barton was a previous owner of the property, he says, “It’s that O.C. money.”

[Binge watch The O.C. whenever you want]

In 2016, Barton sold the Mediterranean estate in Beverly Hills property for $7.05 million. About ten years prior, Barton reportedly bought it for $6.4 million. According to the Altman Brothers website, the home is still for sale for $11,997,500. Million Dollar Listing Los Angeles airs Thursdays at 9 pm on Bravo. [Related: Mommie Dearest House Sold For $20 Million After ‘Million Dollar Listing’]