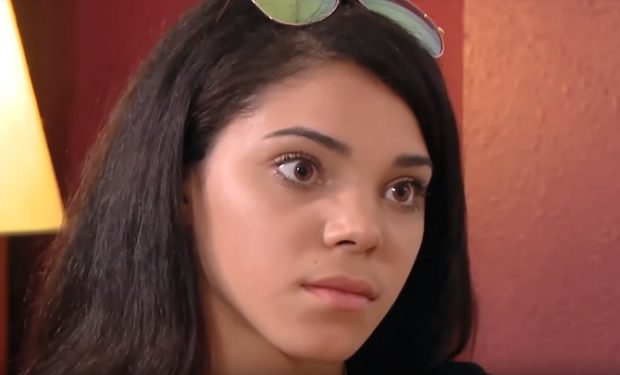 Jazmyne on Love After Lockup (WE)

On Season 2 of Love After Lockup, while Megan awaits a proposal from her boyfriend Michael who’s back in jail serving two years for a parole violation, and ex-con Brittany tells her man Marcelino a juicy secret, recently released former exotic dancer Elizabeth “Lizzie” Kommes admits to an $800,000 hustle. Lizzie’s fiance Scott shouldn’t be that surprised — he’s told Lizzie’s daughter Jazmyne that he’s spent more than $90,000 on Lizzie, who (according to Scott) spent the money on drugs. 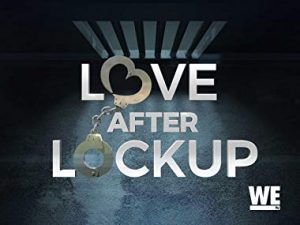 [Watch Season 1 of Love After Lockup]

Lizzie’s daughter Jazmyne Kommes has been living with Lizzie’s mother while she’s been in jail (since 2009). How the release of her mother (and news of the $800k hustle) will affect Jazmyne’s life is still up in the air.

Jazmyne lives in Iron Mountain, Michigan with Kenny Spanos and their 2-year-old daughter. Since the airing of Love After Lockup, Jazmyne warned her 117 followers on Facebook: “If your gonna post rude comments about the tv show please do it somewhere else and not on my family pictures! Or else I will make my stuff private and then nobody can see anything.” So far, it appears people have stopped making rude comments but the same can’t be said of her mother’s Facebook page. Lizzie describes herself as “Lizzie KomMess” aka Handcuffed Honey. Love After Lockup airs Fridays at 9 pm on WEtv. [BONUS: Stream any WE tv show through the WE TV Digital App found here. Download is FREE.]