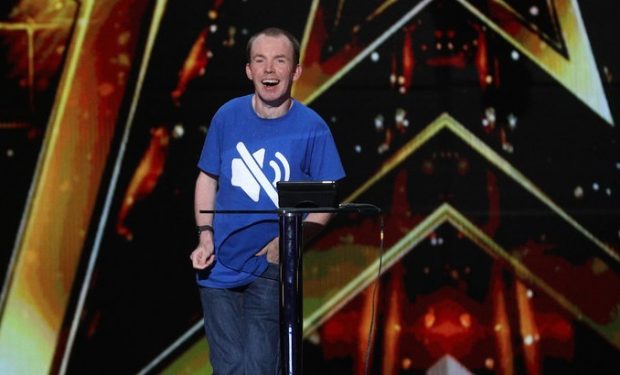 On the America’s Got Talent episode “The Champions Five,” one of the ten acts to perform on the stage is stand-up comedian Lee Ridley aka “Lost Voice Guy.” The 38-year-old disabled Englishman is unable to speak but uses a communication device in his routines. At six months of age, Ridley was diagnosed with a neurological form of cerebral palsy. In 2018, Ridley won Season 12 of Britain’s Got Talent.

Prior to become a stand-up comedian, Ridley was a journalist with the BBC and local newspapers. He received his undergraduate and master’s degrees in journalism from the University of Central Lancaster. He’s the author of I’m Only In It for the Parking: Life and Laughter from the Priority Seats. America’s Got Talent airs Mondays at 8 pm on NBC.

[BONUS: Stream any NBC show and watch LIVE on any device with NBC UNIVERSAL app available here. Download is FREE.]