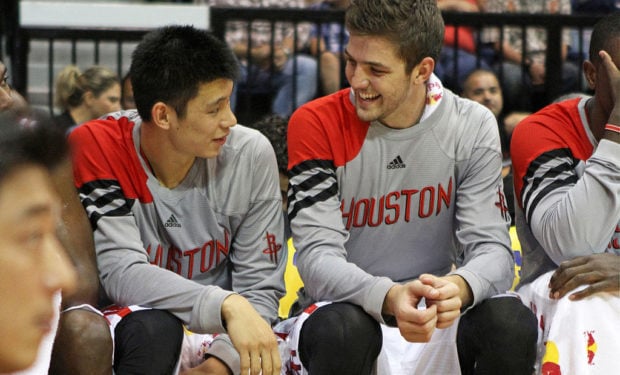 Lin's Rockets teams were closest to being contenders, until now (photo by thepanamerican Norma Gonzalez via Wikimedia Commons)

When Jeremy Lin suits up with the Toronto Raptors to play his 458th NBA game (and beyond) the super famous guard will have something he has never really had in his NBA career — a chance to win. Linsanity was spectacular, but it came about as a result of a Knicks franchise that was sputtering and hardly a threat.

The Houston teams Lin played on after the Knicks looked promising, but they never really had the pieces to contend for a title. Charlotte, Brooklyn, Atlanta — not even close. Lin’s Byron Scott-era Lakers set records for futility. Now Lin — who has consistently shown an ability to score, pass, rebound, and run various NBA offenses — will get an opportunity to play with the Eastern Conference powerhouse Toronto Raptors and MVP candidate Kawhi Leonard.

Lin has mainly been a reserve throughout his career and yet has managed to average nearly 11.8 points per game and 4.4 assists over his career, often in limited minutes. Lin has never played with as strong a two-way a player as Kawhi Leonard or a team as formidable throughout the lineup as the Raptors. Look for Lin to be a major contributor in Toronto.