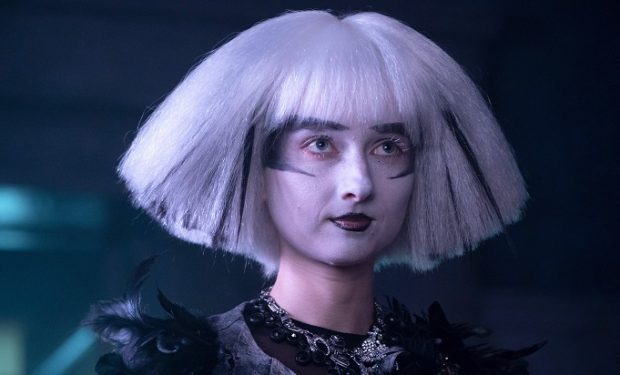 Magpie is portrayed by Sarah Schenkkan. She’s known for her role as Eleanor Browder in the Amazon series Z: The Beginning of Everything starring Christina Ricci as Zelda Fitzgerald. Schenkkan is the daughter of American playwright Robert Schenkkan, who won the Pulitzer for his 1992 play The Kentucky Cycle. Robert Schenkkan is Ben McKenzie’s uncle: Ben and Sarah — Gordon and Magpie — are first cousins.

Schenkkan’s play All the Way won the 2014 Tony Award for Best Play. It was Breaking Bad star Bryan Cranston’s Broadway debut (he played Lyndon B. Johnson). McKenzie’s grandfather, Robert F. Schenkkan, was a professor at the University of Texas at Austin, and worked with LBJ on passing the Public Broadcasting Act of 1967. Gotham airs Thursdays at 8 pm on FOX.