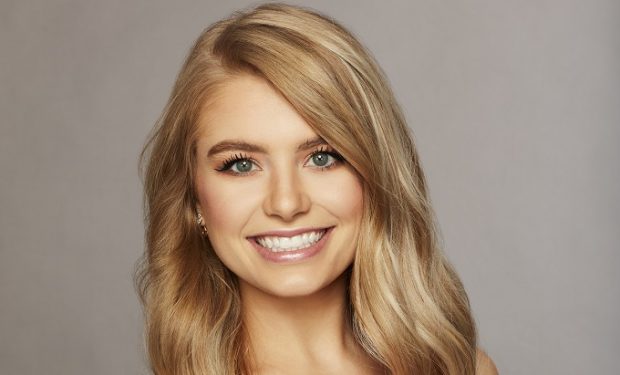 Demi on THE BACHELOR (ABC/Craig Sjodin)

On the fifth episode of The Bachelor, Season 23, Colton and the remaining 13 bachelorettes leave Singapore and travel to Thailand (to the “floating city” of Ko Panyi). Demi, the 23-year-old interior designer from Red Oak, Texas, worked her buns off to win Colton’s attention in Singapore. There, while walking through an outdoor market with Colton and the other girls, Demi jumped on Colton’s back, making him carry her. Demi explained, “I’m going to act how I would act if it were just me and him.” After her success in Singapore, Demi is referring to herself in third person. “Demi has just touched down in Thailand and I love it here,” she says with a big smile.

[There’s nothing wrong with cheering yourself on, Demi!]

Illeism is the Latin word for referring to oneself in the third person instead of first person. Other famous illeists include Elmo from Sesame Street, Mr. T, the character Jimmy on Seinfeld, and politicians who run for president including: Bob Dole during his 1996 presidential campaign, Herman Cain in his 2012 presidential campaign, and Donald Trump and Bernie Sanders during their 2016 campaigns.

In a 2014 psychology study of illeism (aka “Self Talk”), Ethan Kross of the University of Michigan concluded: that the use of illeism in preparation for a big event actually “enhances people’s ability to regulate their thoughts, feelings and behavior under social stress… and leads them to appraise social-anxiety-provoking events in more challenging and less threatening terms.” The Bachelor airs Mondays at 8 pm on ABC. [BONUS: Stream any ABC show through the ABC Digital App found here. Download is FREE.]

I wonder whether Trump talks to Trumpself in the third Trumperson when Trump’s alone. https://t.co/8CEzVTJjBq