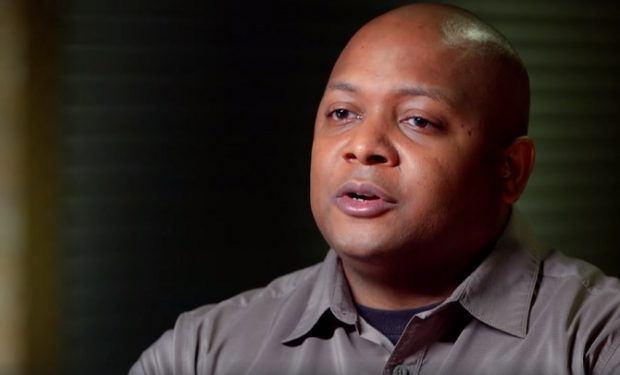 In the Dateline episode “What They Saw,” NBC News correspondent Dennis Murphy interviews Jarod Ingram, who was accused of murdering his ex-wife, Ciara Ingram, in June 2012. When she was found dead in her Columbus, Georgia apartment (she had been stabbed three times in the neck), Jared was watching their two kids, a boy and girl, age 6 and 7. When interrogated, detectives revealed that no one had seen Ciara for the past six days and Jarod was the last person known to see her alive. Six days prior, Jarod went to Ciara’s apartment to pick up the kids, who sat in the back seat of his car when he allegedly re-entered Sierra’s apartment to get the rest of the kids’ things. The daughter told authorities that she left the car, went to the door, lifted the mail slot and peered inside. Prosecutors counted on Ingram’s young children to testify against their father.

[Watch any Dateline whenever you want]

Six years later, in May 2018, after testifying in his own murder trial, Jarod Ingram was acquitted by a jury. As he wrote in an op-ed piece to the Ledger-Enquirer one day after his acquittal, “My family’s ordeal is not over.” Note: His family now includes his new wife who “was behind me through every minute of the trial.” According to Ingram, he now has to find a way to “rebuild a relationship with my children” and go through juvenile court and fight for custody. “I have to try to get the arrest expunged from my record, repair my credit, and petition Fort Benning, where I was once employed, to reconsider allowing me access to the post.”

Note: Jarod and Ciara met in 2002 when they were both about 19 years old and in the military at Fort Gordon near Augusta. They reportedly conceived their first child on their first date. After three months of dating, they married. They divorced in 2009. Dateline airs Fridays at 10 pm on NBC, right after The Blacklist.