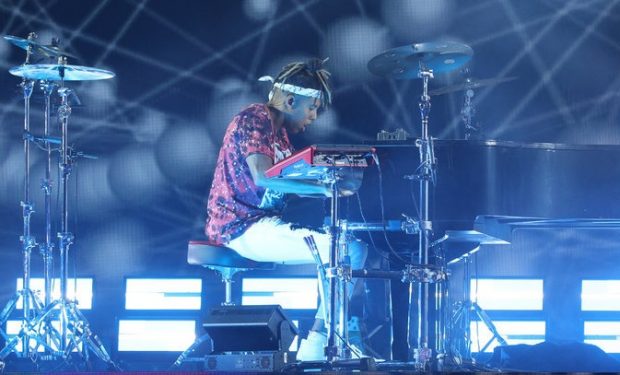 On the America’s Got Talent episode “The Champions Five,” one of the ten acts to perform is 34-year-old pianist Tokio Myers. Born Torville Jones in London, Myers is known for blending classic music (Debussy) with modern pop (Rihanna). He demonstrated his talent on Britain’s Got Talent and won the UK talent show in 2017. At the time, Myers said he was going to donate his £250,000 (about US$360,000) winnings to build a school for underprivileged kids.

[Check out Tokio’s album Our Generation]

At the age of 11, Myers saw his headmaster, Philip Lawrence, stabbed to death outside the gates of his school, St. George’s Catholic School in north London. Lawrence was running to the aid of a pupil being attacked by member of the Wo Shing Wo gang. Lawrence was stabbed by 15-year-old gang leader Learco Chindamo. While Chindamo was given a life sentence, Myers went on to study at the Royal College of Music on a full scholarship. America’s Got Talent airs Mondays at 8 pm on NBC.

[BONUS: Stream AGT or any NBC show and watch LIVE on any device with NBC UNIVERSAL app available here. Download is FREE.]