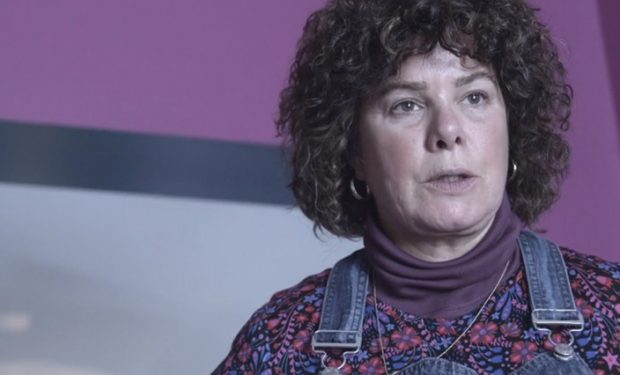 The Lifetime movie Love You to Death is inspired by the true, twisted story of mother and daughter Clauddine “Dee Dee” Blanchard and Gypsy Blanchard. In the film, Camile is the mother and caretaker of wheelchair-bound Esme (Tony Award nominee Emily Skeggs) whom everyone believes is terribly ill. When 48-year-old Camile is found stabbed to death in her home, and Esme is missing from the house, the big secret about Esme is revealed. Esme wasn’t physically ill. She had been “a victim of Munchausen Syndrome by Proxy, forced to believe she was ill by her controlling, abusive mother.” Esme has her boyfriend Scott (Brennan Keel Cook) murder her mother.

[What is Munchausen Syndrome by Proxy?]

In real life, Gypsy pleaded guilty to second degree murder and is currently serving a ten year sentence. Her former boyfriend, Nicholas Godejohn, was found guilty of first degree murder and faces life in prison without parole. (He will be sentenced in February 2019.)

Camile is portrayed by Oscar-winning actress Marcia Gay Harden. She won the Oscar for her role as artist Lee Krasner in Pollock and was nominated for her role in Mystic River (Tim Robbins’ wife Celeste Boyle). She’s also well recognized for her roles in the Fifty Shades movies (Grace Grey), the Coen Brothers film Miller’s Crossing, and on the medical drama Code Black (Dr. Leanne Rorish), among many others. Love You to Death premieres on Lifetime on Saturday, January 26 at 8 pm.