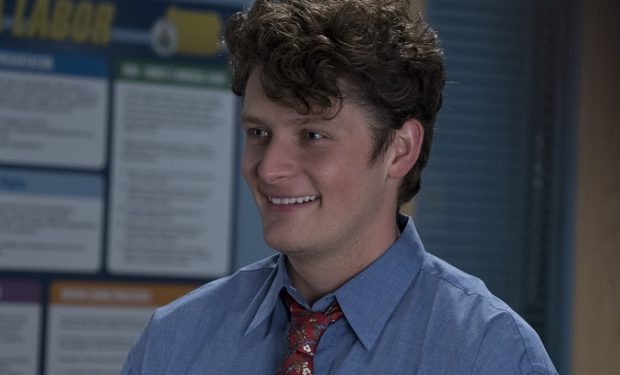 In the Schooled episode “Tamagotchis and Bells,” while Lainey (AJ Michalka) and Principal Glascott (Tim Meadows) are forced to deal with an overbearing parent (guest star Rob Riggle), Coach Mellor (Bryan Callen) deals with the Tamagotchis craze that’s running rampant in the classrooms and hallways. He confiscates all the Tamagotchis from the students and when he sees teacher CB holding or nurturing his, he tries to take that too.

[Tamagotchis are on sale at Amazon]

[Watch Dier on Jane the Virgin]

Young teacher CB on Schooled is portrayed by Brett Dier. He’s known for his roles on Jane the Virgin (Michael Cordero, Jr., SEE LINK ABOVE), Ravenswood and Pretty Little Liars (Luke Matheson), The L.A. Complex (Brandon Kelly), and Bomb Girls (Gene Corbett), among others. Schooled airs Wednesdays at 8:30 pm on ABC, right after The Goldbergs and right before Modern Family.