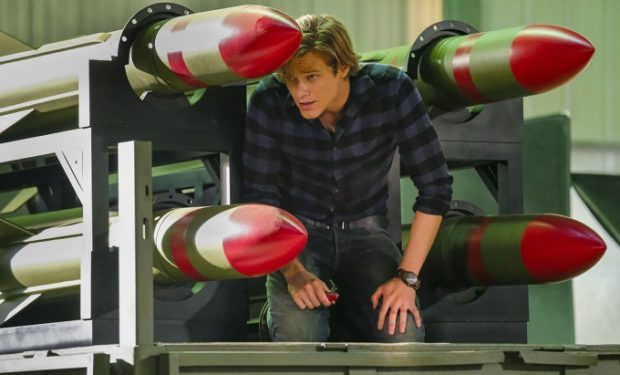 Lucas Till on MacGyver (Guy D'Alema/CBS)

In the MacGyver episode “Mac + Fallout + Jack”, Mac (Lucas Till) and Jack (George Eads) travel to Las Vegas for a weekend holiday — which is cut short when someone from their past abducts them and locks them in a fallout concrete room. They’re not alone. There they meet and team up with a man named Griggs (Seamus Dever, Castle) to escape.

The crazy guy who abducts them is Waller, who’s portrayed by actor Doug Savant. Savant is best known for his roles on Desperate Housewives (Tom Scavo, SEE LINK ABOVE), Melrose Place (Matt Fielding), and Knots Landing (Young Mack MacKenzie), among others. MacGyver airs Fridays at 8 pm on CBS, right before Hawaii Five-0.